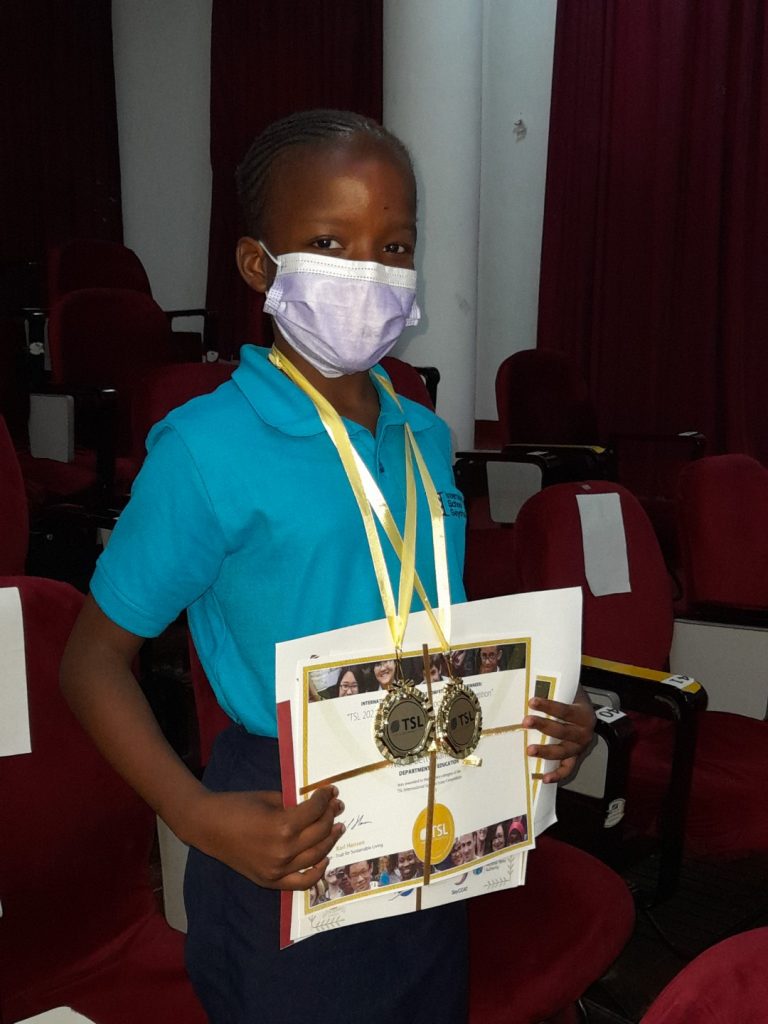 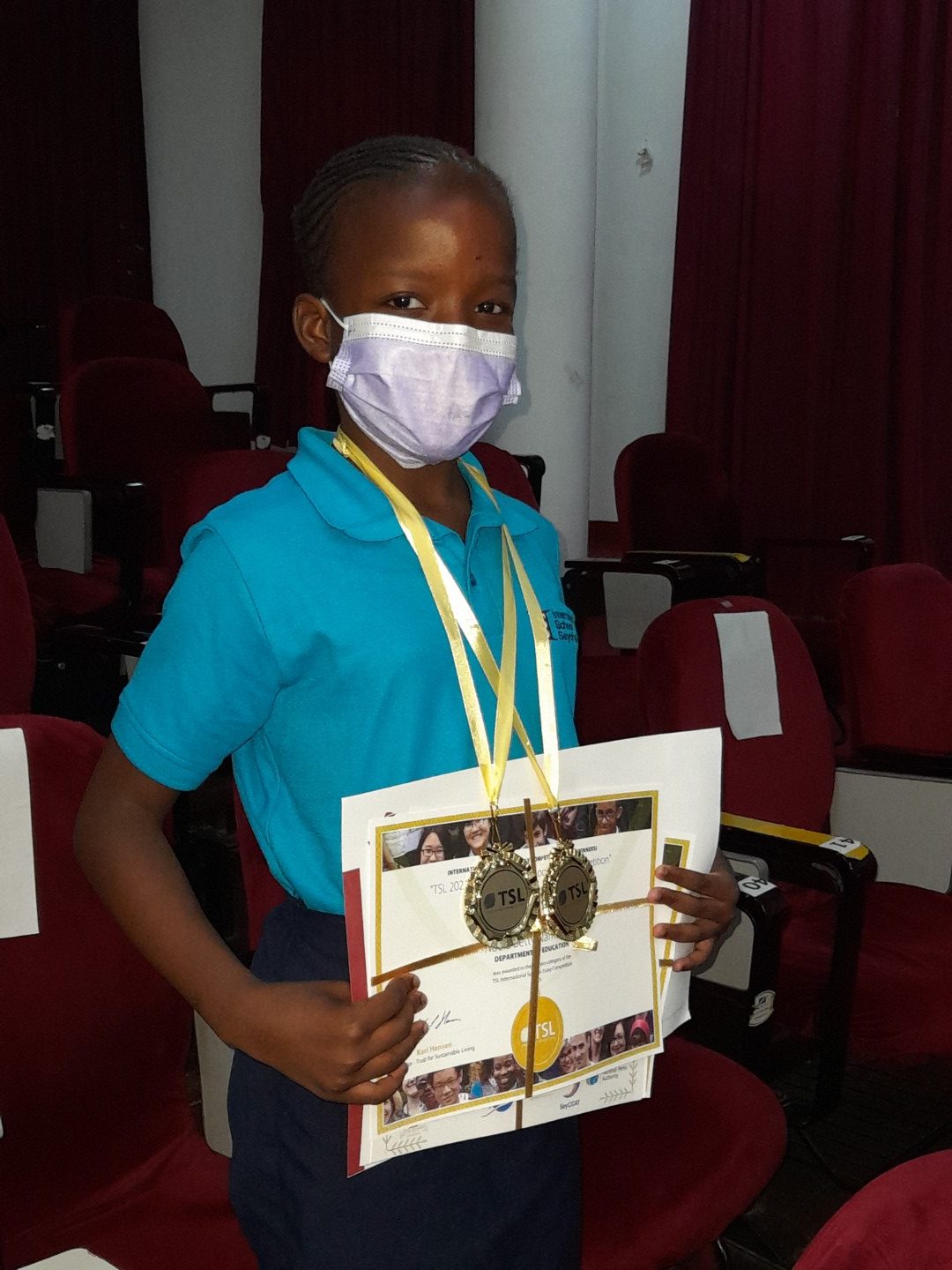 6 students from ISS were honoured at the Trust for Sustainable Living Prize giving ceremony on 10th September at the SITE auditorium.
First mentioned were the students who won the TSL Essay competition. This was a World Wide competition with 59 countries involved and successful essays meant that the students were invited to take part in a TSL International debate.
Congratulations to Noela Betty Namukose a student from ISS who was a finalist who ranked 3rd in the world and was given an additional prize for the best comprehensive arguments in the online debate. Darnell Vincent was another essay finalist who was ranked 8th worldwide. Well done to Darnell.
Essay winner in the secondary section at ISS was Vanshika Parikh, who also participated with success in the competition last year. She received an honourable mention for her essay and in the online debate was commended for having ‘Best Clarity and applicability in her argument’
In the International Sustainability Challenge, Janavi Andrea Visvanathan was the Top Primary winner with first prize for her video. Yan Luc Morel from Secondary section won the 2nd prize for his informative video about sustainability.
ISS was also rewarded for taking part in the National TSL online debate. Noela Betty Namukose in the primary section won the Best Presentation as well as the Best Understanding . Vanshika Parikh and Janani Jagannathan were in the Best Overall group for debating and Vanshika was proud to be awarded a certificate for the best creativity in her debate group.
Many congratulations to all the ISS students who participated in the debates they will also receive certificates for taking the time to get involved with this.